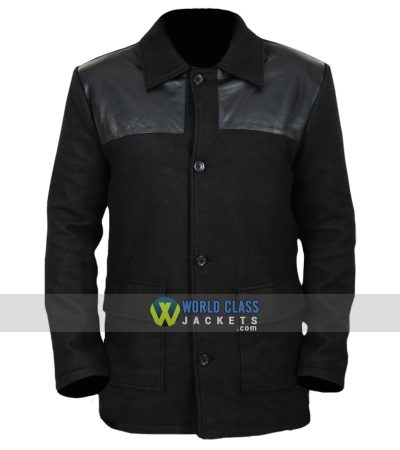 WorldClassJackets.com presenting you a very cool and comfortable Legion David Haller Black Wool Leather Jacket for The Lovers of the Comic Character Legion and his outfit.

David Haller is an illusionary character, first introduced by Marvel Comics under the series of X-men. Currently, this character is being used as the protagonist in recently started TV Show, named as Legion. David Haller is a mutant, also known as Legion, and a serious victim of schizophrenia. He appeared in 8 episodes of the hit series. He has multiple personality disorder as well, which makes him.

We Are Offering Special Discount of 28% OFF on this Black Leather Jacket for The Movie Lovers from all over the world. Get This Awesome Offer and Buy This Jacket and Save $50. Ladies Can Also Order This Superhero Jacket From Our Store.