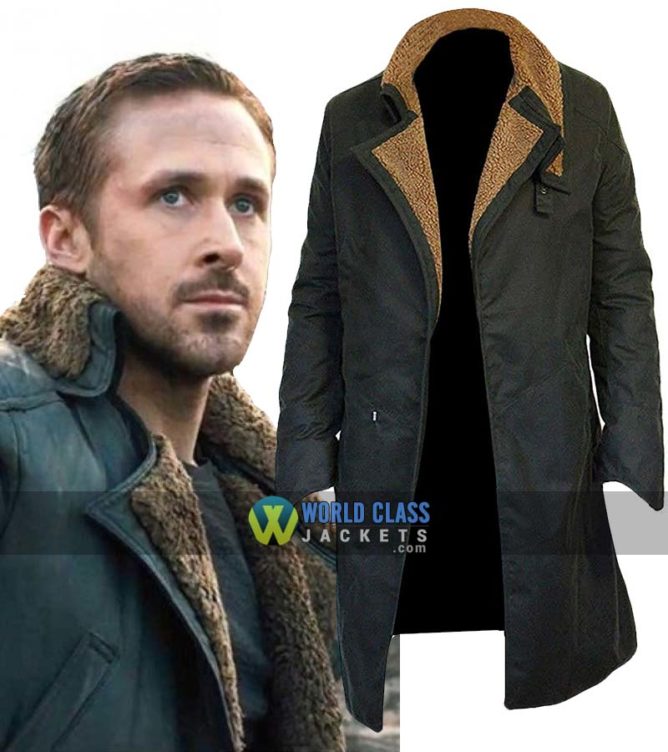 Disclaimer: It’s a Replica coat of Ryan Gosling’s Movie Blade Runner. Our designers make this coat as shown in the movie. Our model is wearing our version of Blade runner coat in the pictures.

We Are Offering Special Discount of 50% off on this Cotton Coat in this Season. Avail This Awesome Offer and Buy This Coat and Save $100. You may also like our Long Length Coat Collection.

Officer K is the protagonist and new LAPD blade runner in the movie Blade Runner 2049. The movie is set thirty years after the events of the first film, in a society on the brink of chaos.

This fantastic Cotton Coat is inspired by Blade Runner 2049, which is quite appealing in looks and all the fans of Officer K, we try to make the Coat with exact detailing and exact color, this is in Black colored Cotton coat which is the dream of many people to be look like Officer K, and here we are try to complete your dream and strive to provide you our best quality material which you can attire for many years ahead.

Ford and Edward James Olmos reprise their roles from the original. Set thirty years after the first film, Gosling plays K, a Nexus-9 replicate “blade runner 2049 ” who uncovers a secret that threatens to destabilize society and the course of civilization. Original director Ridley Scott served as an executive producer on the film.