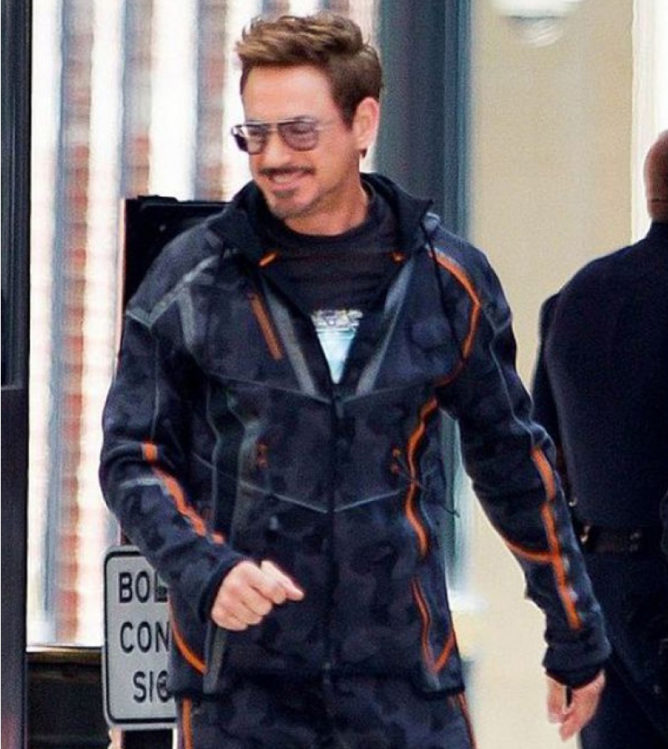 Robert Downey Jr. put on this outfit in the movie, Avengers: Infinity War while giving some stunning shots. This Jacket is made of Cotton with detailed features which will give you comfort and style while wearing it.

We Are Offering Special Discount of 33% off on this Avengers Infinity War Iron Man Camouflage Hoodie Jacket in this Season. Avail This Great Offer to Buy This Jacket and Save $40.

The Avengers Infinity War Iron Man Camouflage Hoodie Jacket is one of the renowned outerwear jackets this present year and it comes in Black and Grey colors with camouflage pattern all over it. It features a hooded collar, zip fastening front closure and open-hem cuffs. In order to deal with the disguising mode of its camouflage color, the designer of this 2018 Iron Man Robert Downey Jacket with Hood has added a combo of Orange and Grey straps over its front and sleeves making it look prominent.

About The Character & Jacket: