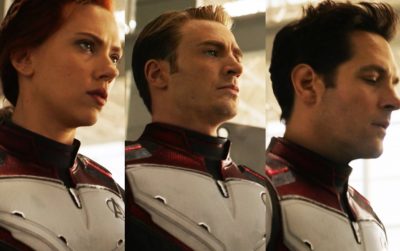 Avengers Endgame Costume comprises of a jacket and a pant crafted in line with the color combination and design that will remind of the spectacular outfit displayed by your favorite Characters in Avengers Endgame.

The jacket emphasizes on three key colors, red, white and black while giving you the exact same feel through its stand-up collar, front zipper conclusion, design and details. Just as the original, you will get to see the Avengers ‘A’ featured on its left chest and on the upper side of its each sleeve adding more its real appeal.

The entire costume including the jacket and the pant is made with Premium Quality Faux leather but can also be prepared on Genuine Sheepskin and Cowhide leather. Besides this, you also have the option to grab either of the two costume elements, just as you want.