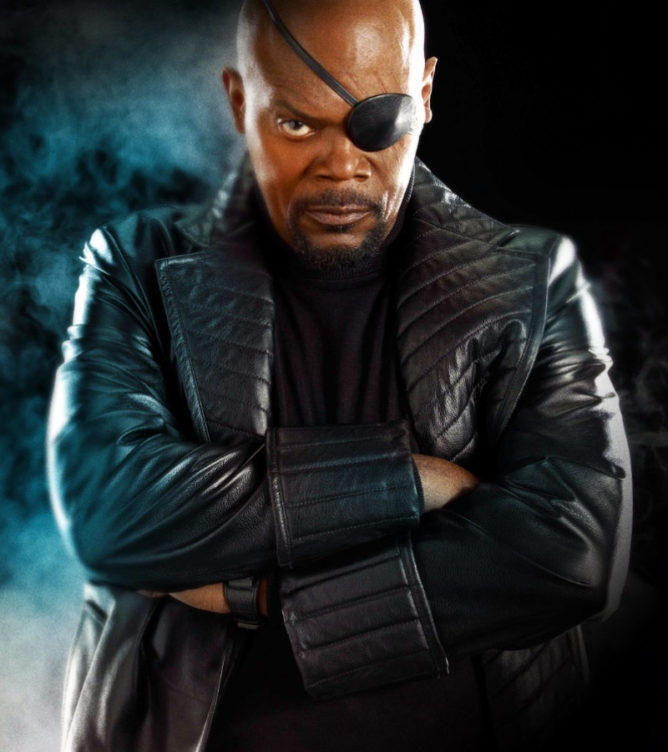 This Tremendous Long Leather Coat belongs to Nick Fury (Director of SHIELD, a High Level Agent, and a well-known war hero, in the Movie Iron Man 2), whose role is portrayed by Samuel L. Jackson on the Screen. It is quite appealing in looks. We try to make the Coat with exact detailing on Front, Back and on Sleeves as well, and here we try to provide you our best quality material which you can attire for many years ahead.

Nick Fury is an African-American, and has a black complexion. He is bald, and has only one eye which is his right eye. His left eye is covered by a black eye patch, and has a couple of scars visible across it. He gained that scar in a war. He wears a Black Leather Coat, and black clothes at most times. All of which has the SHIELD Logo, to display his rank as Director.