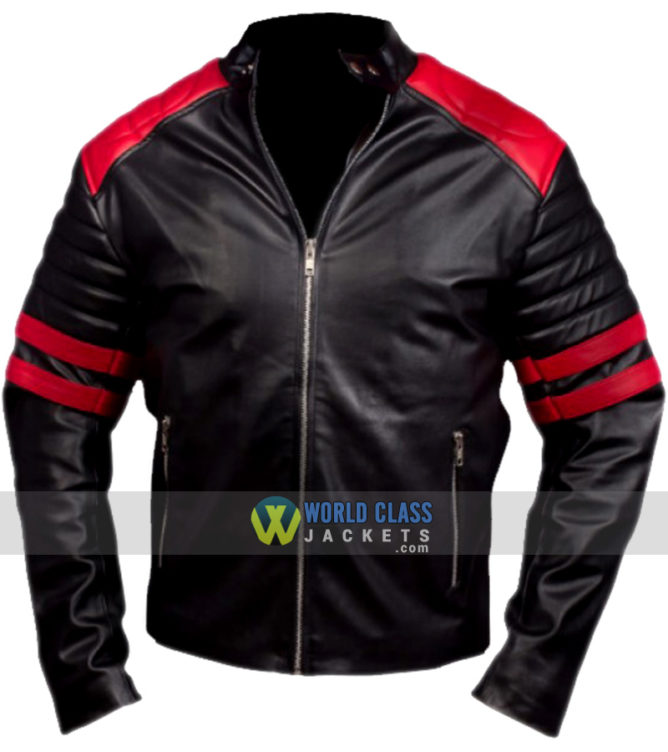 Have you ever watched famous movie “Fight Club”? Yes? Then you must have heard about Brad Pitt an actor and producer known for his versatile look and Golden-Globe winning actor most widely known for his role of Tyler Durden in his movie Fight Club. This guy is well known across the globe because of his handsome face.

For those who do not compromise on their looks and style, this replica leather jacket is refined for luxurious style and is inspired from the one worn by Brad Pitt in the movie Fight Club while playing the character of Tyler Durden, released in the 1999.