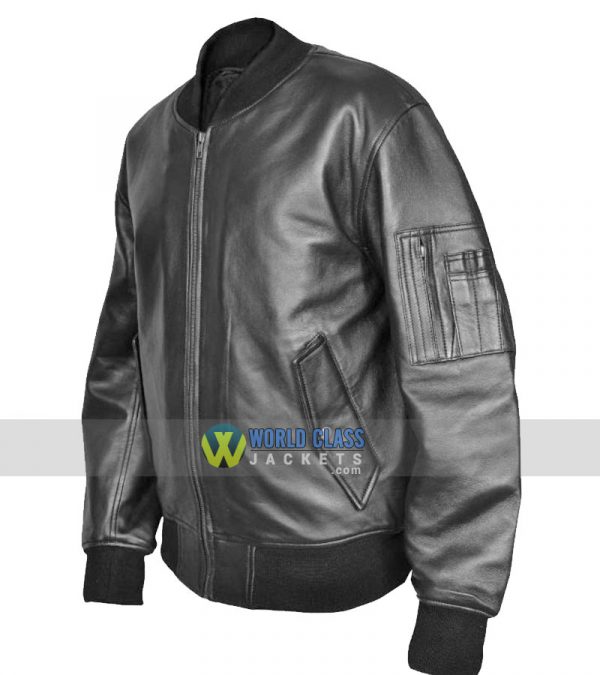 History of Jacket:
Bomber jacket. n. A short sturdy jacket traditionally made of leather and having a fitted or elastic waist, a zippered front, and often a fleece or pile collar. Also called Flight Jacket, Designed after jackets worn by flight crew members of the US Air Force.

The jacket was originally developed by Dobbs Industries strictly for the U.S. Air Force and Navy fighter pilots. It wasn’t until thelate1950s that the jackets first appeared in Europe, probably through government surplus stores.