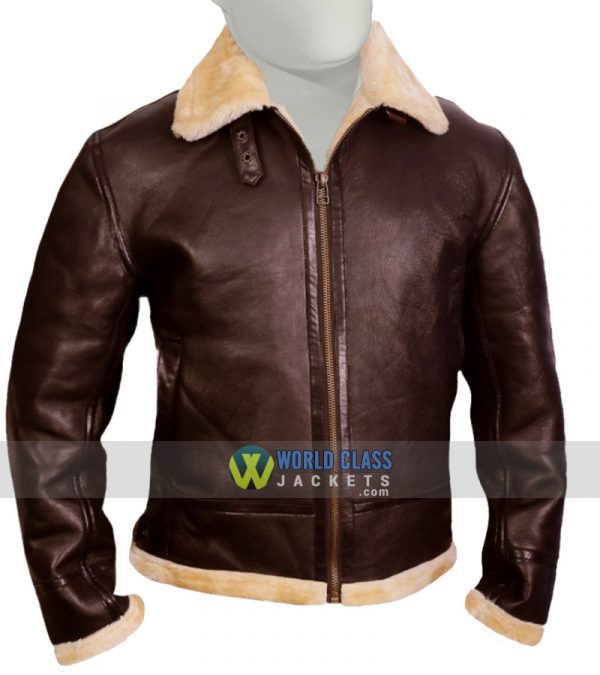 We are presenting “Dunkirk Tom Hardy Farrier Shearling Collar Leather Jacket” Especially for the lovers of the Movie. This jacket is made of Genuine Leather and also available in Cowhide & Faux leather too.

This Dunkirk Tom Hardy Farrier Shearling Collar Leather Jacket is for Men But You can Also Order this Jacket’s Female Version from Our Store www.WorldClassJackets.com.

We Are Offering Special Discount of 36% off on this Brown Shearling Collar Leather Jacket in this Season. Avail This Awesome Offer and Buy This Jacket for Yourself or For Someone you Care about and Save $90.

History of This Jacket:
This tremendous Jacket belongs to the Hollywood Movie “Dunkirk” (2017) which is based on a real event. In May 1940, Germany advanced into France, trapping Allied troops on the beaches of Dunkirk. Under air and ground cover from British and French forces, troops were slowly and methodically evacuated from the beach using every serviceable naval and civilian vessel that could be found. At the end of this heroic mission, 330,000 French, British, Belgian and Dutch soldiers were safely evacuated.

The Character of Farrier (Fighter Pilot) was played by Tom Hardy. Of all the characters in Dunkirk, Tom Hardy’s Farrier makes perhaps the greatest sacrifice of all. It was established near the beginning that the fuel gauge was damaged by an enemy bullet; despite this, he limps on, with only a vague idea of how much time in the air he has before the engine cuts out. As soldiers pour onto the flotilla of small vessels lining up on the beach, Farrier, now effectively gliding with no juice left in the tank, uses his last precious few minutes in the air to head off a potentially deadly assault from an enemy fighter.