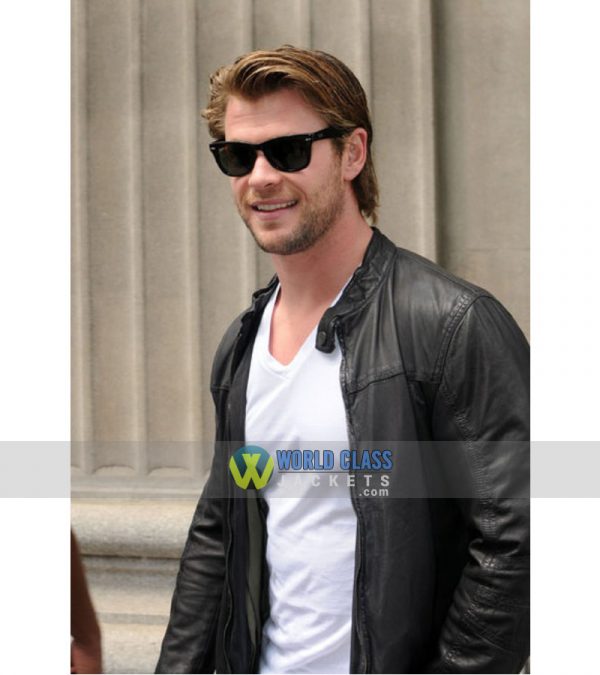 This Jacket from WorldClassJackets.com is inspired from Chris Hemsworth who wore this jacket. This Jacket is made of quality leather with detailed features which will give you comfort and style while wearing it.

We Are Offering Special Discount of 41% off on this Celebrity Leather Jacket in this Season. Avail This Great Offer to Buy This Jacket and Save $70.

Chris Hemsworth began his career by appearing in several television series. In 2002, Hemsworth starred in two episodes of fantasy television series Guinevere Jones as King Arthur, as well as making an appearance in soap opera series Neighbours and one episode of Marshall Law. The following year, he appeared in an episode of The Saddle Club.

Hemsworth is most known for his role as superhero Thor in the Marvel Cinematic Universe (M.C.U). His first film in the franchise was 2011’s Thor. He and castmate Tom Hiddleston, who ultimately played Loki, had each auditioned for the role, for which Hemsworth said he put on 20 pounds of muscle. Hemsworth then reprised the role in the 2012 film The Avengers as one of the six superheroes sent to defend Earth from his adopted brother, Loki, and in Thor: The Dark World, the 2013 sequel to Thor.