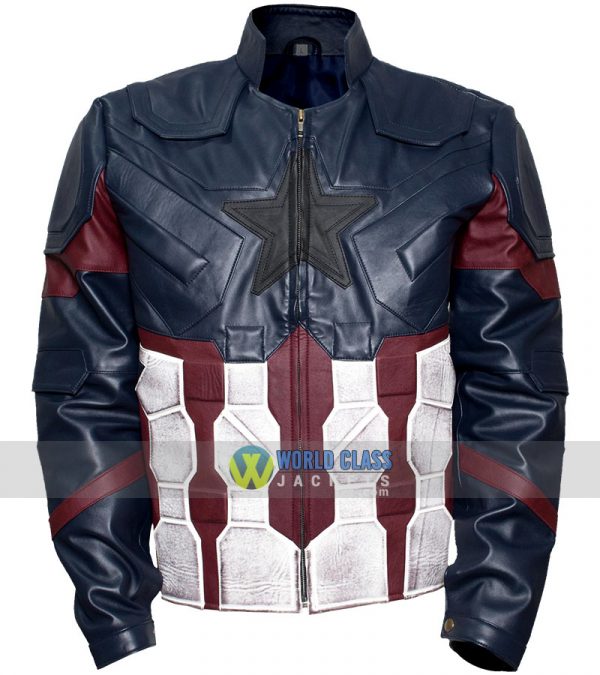 Chris Evans wore this jacket in the movie, Avengers: Infinity War while giving some marvelous shots. This Jacket is made of quality leather with detailed features which will give you comfort and style while wearing it.

We Are Offering Special Discount of 34% off on this Avengers Infinity War Captain America Replica Costume Jacket in this Season. Avail This Great Offer to Buy This Jacket and Save $71.

About The Character & Jacket:
Captain America (Steve Rogers) is a fictional superhero appearing in American comic books published by Marvel Comics. The character first appeared in Captain America: The First Avenger Movie released in 2011 by Marvel Studios. It is the fifth film in the Marvel Cinematic Universe (MCU).