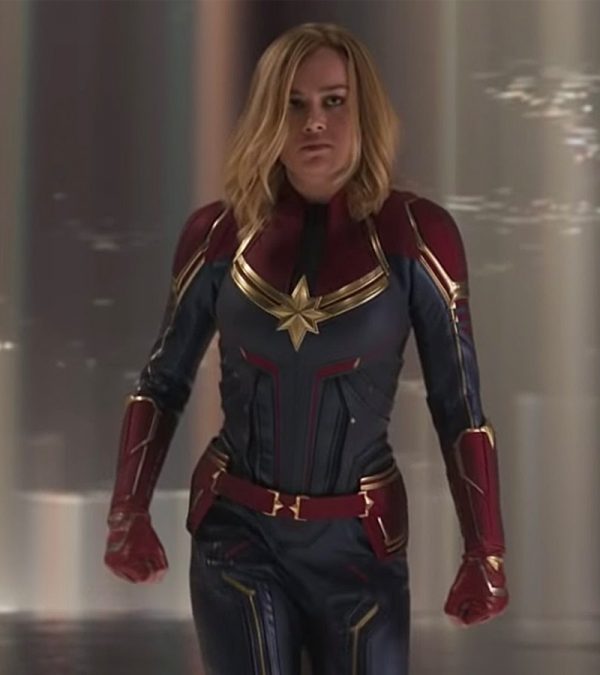 The actress Brianne Sidonie Desaulniers (born October 1, 1989), known in the Hollywood industry as Brie Larson, is an American actress and film director. Noted as a teenager for her supporting work in comedies, she has since expanded to leading roles in solo dramas and film franchises, receiving such accolades as an Academy Award, a BAFTA Award, and a Golden Globe.

Buy this Costume Jacket of Captain Marvel from Our Store at discounted price. We are offering up to 50% on all men women leather jackets & leather coats. This jacket is a best fit for men and women.

We Are Offering Special Discount of 32% off on this Women Leather Jacket in this Season. Avail This Awesome Offer and Buy This Jacket  and Save $60.

You Can also Order this Leather Jacket in Genuine Sheepskin & Cowhide  for a great and appealing look.

Brie Larson Captain Marvel is a 2019 American superhero film based on the Marvel Comics character Carol Danvers. Produced by Marvel Studios and distributed by Walt Disney Studios Motion Pictures, it is the twenty-first film in the Marvel Cinematic Universe (MCU).

Set in 1995, the story follows Danvers as she becomes Captain Marvel after Earth is caught in the center of a galactic conflict between two alien civilizations. Development of the film began as early as May 2013. It was officially announced in October 2014 as Marvel Studios’ first female-led superhero film.

Brie Larson Captain Marvel premiered in London on February 27, 2019, and was theatrically released in the United States on March 8, 2019, in IMAX and 3D. The film grossed over $1.1 billion worldwide, making it the first female-led superhero film to pass the billion-dollar mark.